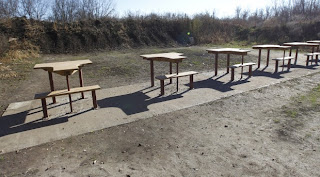 
Authorities won't pursue charges in connection with an October accident at a park shooting range.

Eight-year-old David William Young was shot in the head after he allegedly crossed the firing line at Black Hawk County Park while a 5-year-old sibling was practicing with a .22-caliber rifle under adult supervision Oct. 29.

Capt. Rick Abben with the Black Hawk County Sheriff's Office said his office investigated the incident and forwarded its findings to the county attorney's office, which opted not to prosecute the matter.

Why? Why in the world would they NOT press charges? The adult who was supervising the 5-year-old should be in jail along with the person responsible for the range.

But, you know what it is?  Gun negligence is not taken seriously.  Even when people are seriously hurt, wherever possible they write these incidents off as simple accidents, pretending that no one is responsible. Accidents can happen to anyone, right?

What's your opinion?  Please leave a comment.
Posted by Unknown at 7:49 AM