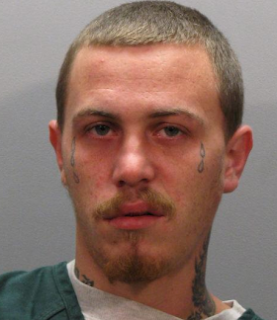 
A 27-year-old man was sentenced Friday to six years in prison after his 7-month-old baby was accidentally shot two years ago in fight with his girlfriend in a Super 8 motel on Youngerman Circle in Jacksonville, according to the State Attorneys Office.

Police said the two were arguing and fighting over possession of a rifle about 2:20 a.m. when it went off. The shot hit their child in the arm and chest. Satterfield had been convicted of aggravated assault in 2007, according to court records.

Does six years sound about right to you? It was an accident, after all, and no one died.

What's your opinion? Please leave a comment.
Posted by Unknown at 8:45 AM