Vallejo Man Defends his Son - After the Fact 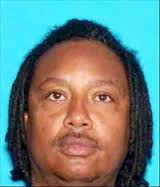 Vallejo police have arrested a 44-year-old father on suspicion of fatally shooting a teenager who fought his son at a party.

Randee Damar Williams' 19-year-old son called him after being in a fight with a 17-year-old Richmond boy as a house party was winding down. Williams came to the house and shot the teen around 3:35 a.m. Sunday.

The Times-Herald reports several people called 911 and reported hearing six gun shots, followed by screams. When officers arrived to the house, they found the victim's body on the ground with gunshot wounds in his body and head.

Williams was later arrested at his home.

You see how easy it is to arrest the responsible person?  It doesn't take a lengthy investigation or consultation with the DA.

In this case, we've got another gun owner who takes the law into his own hands and believes the gun is the solution.  Does it matter if he was a legal or an illegal gun owner?  No, it doesn't.  It only matters that he was one of the irresponsible and unfit ones. He was either a hidden criminal or a bad guy.

What's your opinion?  Please leave a comment.
Posted by Unknown at 6:27 AM