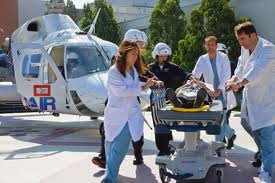 
The number of U.S. homicides has been falling for two decades, but America has become no less violent.

Crime experts who attribute the drop in killings to better policing or an aging population fail to square the image of a more tranquil nation with this statistic: The reported number of people treated for gunshot attacks from 2001 to 2011 has grown by nearly half.

The number of people treated for gunshot wounds has dramatically increased. How else could it be since the number of guns has increased? The difference is that trauma medicine has improved so much that fewer people die.

But, imagine the cost.  And who do you think picks up the tab for all the emergency room activity?