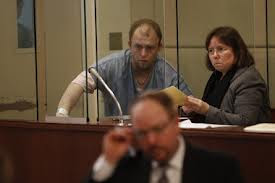 
The father of an 11-year-old boy accused of attempted armed robbery pleaded not guilty Wednesday to a charge of endangering a child by allowing access to a firearm.

Joseph D. Charlton is the first person charged under a Portland ordinance holding parents responsible when a gun ends up in the hands of a child. It was passed in 2010 in response to gang shootings.

Charlton, 34, also is charged with being a felon in possession of a firearm, The Oregonian reported.

I'd bet dollars to donuts if the guy had been a lawful gun owner he wouldn't have been charged with anyting.

What do you think?  Please leave a comment.
Posted by Unknown at 8:54 AM