Pennsylvania 7-Year-old Shot and Killed by his Dad 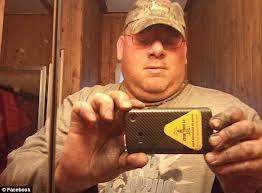 Authorities say a 7-year-old boy was shot to death when a gun accidentally went off as his father was getting into his truck outside a western Pennsylvania gun store. 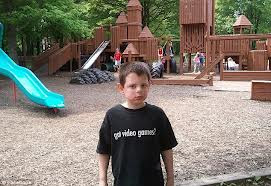 The Pittsburgh Tribune-Review reports that the boy was shot when his father’s handgun went off as the man got into the truck while holding the gun.

Police say 44-year-old Joseph V. Loughrey told them he had emptied the magazine but didn’t realize a bullet was still in the chamber. Seven-year-old Craig Allen Loughrey was shot in the chest and died at the scene.

State police are investigating the shooting as an accident.

Sometimes I get so angry at these irresponsible idiots that I think losing a kid is not punishment enough. Public flogging or the amputation of an arm might set the scales straight. Then I calm down and realize that "being investigated as an accident" often means a slap on the wrist and a good stiff warning. Then I get angry all over again, but not only at the fat, white man who proved how unfit he was to own guns, but at the whole system, the cops investigating it, the gun-rights fanatics who say "shit happens," and "accidents can happen to anyone."

When I calm down all over again, I remember that losing a child must be one of the worst things that can happen to a parent.  He should be slapped with a felony or two, receive a suspended jail sentence, submit to probation and LOSE HIS RIGHT TO OWN GUNS FOR THE REST OF HIS MISERABLE LIFE.