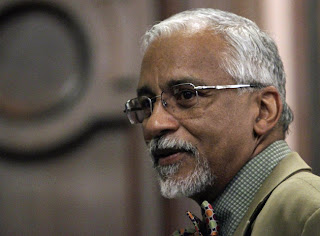 
An Illinois state senator running for former Democratic U.S. Representative Jesse Jackson Jr.'s seat in Congress was released on bond on Thursday, following his arrest for trying to bring a gun onto an airplane.


A Cook County judge set bail at $25,000 for Donne Trotter, 62, on the felony charge. Trotter, who has called the incident an honest mistake, posted bond and was released shortly afterward.

If convicted, Trotter could face a sentence ranging from probation to up to four years in prison, according to prosecutors.

Trotter, a Chicago Democrat, is a gun control advocate who once voted "no" on a measure that would have allowed state residents to carry concealed weapons in 1995.

How embarrassing. A gun control politician who gets caught violating his own rules.

Prosecutors said Trotter's handgun was not registered with the city of Chicago, as required by municipal ordinance. He had a valid Firearm Owner's Identification Card and a permit allowing him to carry his gun to and from work.

Now, if we were to divide folks into two camps, us and them as far as the gun control debate goes, which one would be have to put Trotter in? It's true he is a Democrat who voted no on a concealed carry bill at least once in the past. But, he was a gun owner, held a FOID card as well as that special permit allowing him to carry the gun back and forth to work.

I'd say that puts him squarely in the "gun camp."  What do you think?

Please leave a comment.
Posted by Unknown at 6:39 AM