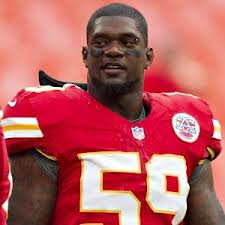 Kansas City Chiefs starting linebacker Jovan Belcher shot his girlfriend to death, then drove to the team training facility and killed himself in front of the coach and general manager in a burst of violence on Saturday that stunned the NFL and its fans.

There was no immediate indication from police or others what prompted the 25-year-old Belcher to shoot Kasandra Perkins, 22 with whom he had a 3-month-old child, in the house they shared in Kansas City about 2 miles from the Chiefs' home field at Arrowhead Stadium. 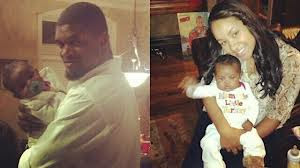 The mother told investigators that Perkins and Belcher had quarreled just before the shooting but that Belcher had never before been physically abusive with her daughter, Snapp added.

Belcher then drove his car to the team's training facility near the stadium, where he encountered head coach Romeo Crennel and general manager Scott Pioli, then shot himself in the head just as police arrived.

What's your opinion?  Mine is that he was another lawful gun owner who turned out to be dangerous and unfit. Also, I wonder if he'd had a concealed carry permit and if that's been reported to the proper authorities, you know the ones who keep producing those incredible statistics about how safe the permit holders are.


Please leave a comment.
Posted by Unknown at 9:17 AM