Is the Slippery Slope Argument Valid? 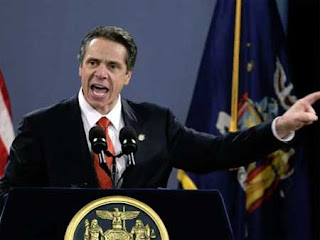 Washington DC - -(Ammoland.com)- During his State of the State speech on Jan. 9, Gov. Andrew Cuomo went beyond demonizing 30 round magazines. He said he doesn’t see why anyone needs 10 rounds.
Just think: it hasn’t even been a full month since the crime at Sandy Hook Elementary, yet some prominent liberals – like Cuomo – have already moved from banning 30 round magazines to banning 10 round mags (and the guns that use them) as well.
He approached it this way:  ”No one needs 10 bullets to kill a deer and too many people have died already.”
This is incredible. Cuomo is making an argument for banning guns and magazines that hold 10 rounds “because too many have died already.” Yet NYC, the biggest population center in his state — in the country for that matter — is recording the lowest homicide and shooting rate in 50 years.


Here’s the problem — the slope IS SLIPPERY.

Once they ban 30 rounds magazines, they will only be satisfied until a crime is committed with a 10 or even a 5 round magazine, then they’ll want to ban them too.
Soon, thereafter, someone like Cuomo will stand up with a straight face and tell us why we don’t need anything that holds more than one shot.

I'm not sure about the slippery slope argument, they may have a point. But the continual reference to crime going down is definitely bogus.

If they mean it proves that more guns equals less crime, they're wrong because of the correlation - causation thing.  If they mean since crime is down we don't need to do anything to lower it even more, they're just plain wrong in that self-serving gun-owner way.

What's your opinion?  Please leave a comment.
Posted by Unknown at 9:00 AM