Now They Want to Try Diane Feinstein for Treason 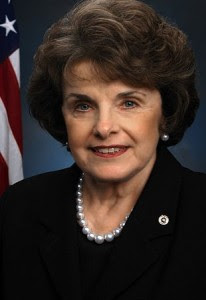 From the Trenches World Report

A petition to try California Senator Dianne Feinstein for treason as a response to her efforts to pass draconian gun control legislation has surpassed the required number of signatures that now mandates a White House response.

The petition, which was filed with the We The People website on December 27, has already obtained over 29,000 signatures weeks before the deadline of January 26.

“Senator Dianne Feinstein has made it clear she does not believe in the Constitution or the inalienable rights of Americans to keep and bear arms. She is actively working to destroy the 2nd amendment with her 2013 assault weapons ban. For this reason we the people of the United States petition for her to be tried in Federal Court for treason to the Constitution,” states the petition.