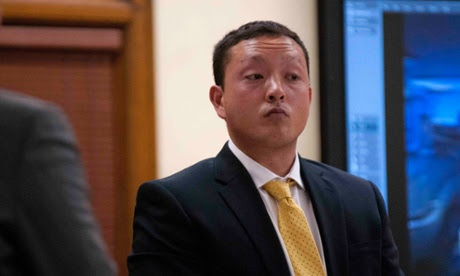 
More than 30 states have laws that allow people to use deadly force if they have a reasonable fear for their life or property. But this week, a Montana jury said that type of law has its limits, finding a homeowner who shot a teenager in his garage guilty of deliberate homicide.
In the early hours of April 27, a motion detector alerted homeowner Markus Kaarma someone was in the garage of his home in Missoula, Mont. He went outside and almost immediately fired four shotgun blasts, killing 17-year-old Diren Dede, a German exchange student.
Prosecutors contended 30-year-old Kaarma was the aggressor and had purposefully lured an intruder into his garage to hurt him.
During the two-week trial, witness Tanya Colby testified to what Kaarma had told her just days before the shooting.
"He said 'I'm tired. I've been up for the last three nights with a shotgun wanting to kill some kids,' " Colby said.
Kaarma, his girlfriend and their infant son had been the victim of a burglary in their garage just days before the shooting. But Deputy Missoula County Attorney Karla Painter said Kaarma left his garage door open that night to exact vigilante justice.
"He had one thing on his mind, and that was revenge," Painter said.
Posted by Unknown at 7:54 PM