Your Guns are Worthless Against the New Superweapons of the Globalists 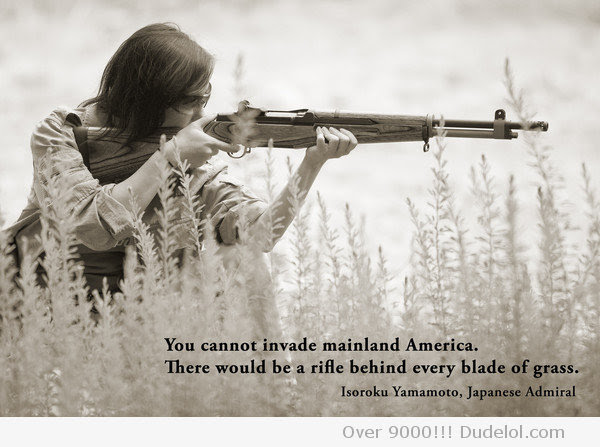 Americans have an estimated 300 million privately owned hand guns and some people present this fact as the reason why no foreign power, or even our government, could ever subjugate the people. I am compelled to disagree with this notion. Once upon a time that may have been true as World War II era Japanese Admiral  Yamamoto refused to invade the United States following his attack upon Pearl Harbor because there would be “an American with a gun behind every blade of grass”. However, if our government everbecame abusive enough that the people felt the need to rebel, there is a new generation ofsuper weapons being developed and deployed as I write these words, which would doom any rebellion that did not have the full support of the military.


The new generation of super weapons has made America vulnerable to enemies, both foreign and domestic. As a result, the window to resist martial law occupation and even an invasion is virtually closed.
Recently, I made the point that Americans were being surveilled in “Police State” America with a new generation of spy devices that were totally unimaginable. Today, America is on the verge of being suppressed by an equally sophisticated generation ofweapons that the general public would only believe would exist in the science fiction dramas of the future. Only these weapons are right here and right now!
Posted by Unknown at 11:12 AM