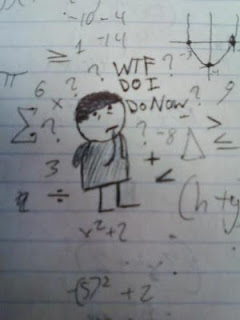 As I sagely noted in another most excellent post, when gunloons are confronted with a study they don't like, they respond in certain ways.  Commenter TS illustrates my sage assertions vividly.

Please recall I noted 3 typical responses:
1. they haven't read them (reading is hard) and thus feel free to pretend the study has overlooked or omitted something they feel is crucial;


2. they believe studies are conducted by universities, Government organizations, and professionals who are all biased against guns;


3. the gunloons don't understand statistics(math is hard). In fact, recently, a gunloon claimed all statistics are "hogwash."

TS illustrates all 3 responses in his comments.  First, he hasn't read the study. This small failing doesn't prevent TS from claiming the Kellermann is all wrong:


I’ll give you some examples of why this is faulty. Let’s say I wanted to do a study on car safety. I start by examining all fatal car crashes, and one of the questions I ask is “was the driver wearing a helmet”? In the end I get a shocking conclusion- you are 2.7 times more likely to die in a car crash if you are wearing a helmet! Of course people who think for themselves would realize that those wearing helmets were race car drivers. Do you see the problem with working backwards now?

Of course, had TS read the study, he'd know this (race car driver) is a variable which would be controlled for.  Similarly, one wouldn't design a study investigating average heights that involved NBA teams exclusively.

Second and most predictably, TS claims Dr. Kellermann is biased and has committed fraud.  All without any proof:


The answer being that he is smart enough to conduct the study in a way to reach the result he wanted; which is to scare people away from gun ownership.