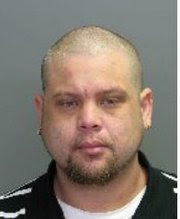 It sounds like a justified shooting to me. What do you think?

Sources close to the investigation said residents of two adjacent townhouses were partying and going back and forth between the two houses during the evening. At some point Arriolo left the area, and when he came back he banged on his next-door neighbor's door and forced his way in, sources said.
Arriolo, a convicted felon with an eight-page rap sheet that includes convictions for several violent crimes, forced the neighbor back into a bedroom, where the neighbor kept a gun, which he used to shoot Arriolo twice, according to the sources.

Please leave a comment.
Posted by Unknown at 7:04 AM