Lafayette for President in 2012 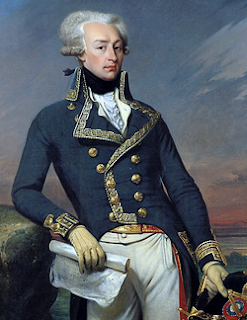 via Dan Lewis of Now I Know.


Marie Joseph Paul Yves Roche Gilbert du Motier, better known as the Marquis de Lafayette, was a French nobleman who famously served as a major general for the Continental Army in the American Revolution. Lafayette was integral to France's support of American troops in the war as well.
These contributions did not go unacknowledged; roughly two dozen states have towns named after him amongst a host of other honors. But the most impressive acknowledgement came on December 28, 1784 -- roughly a year after the American Revolution officially ended under the Treaty of Paris. On that date, the state of Maryland passed a resolution, making Lafayette a "natural born citizen" of the state. The resolution also did the same for all of Lafayette's male heirs, extending to and beyond the present day.
In 1919, the New York Times (pdf of article here) concluded that this designation is likely unconstitutional under our present framework -- as the power to define "natural born citizen" resides with Congress, per Article I Section 8 Clause 4 of the U.S. Constitution. But, as the Times notes, Maryland's grant of citizenship to Lafayette and his heirs predates the Constitution, and comes from a time when states were empowered to define who was a citizen.
Why is Lafayette's designation as a "natural born citizen" notable? Because Article II Section 1 of the U.S. Constitution states, in part "[n]o person except a natural born citizen, or a citizen of the United States, at the time of the adoption of this Constitution, shall be eligible to the office of President[.]"
Lafayette's male heirs -- whomever and wherever they may be -- have met the first prong required to be eligible to be President of the United States, in a manner unique to them.