This is a stripper clip. It is called a "charger" in UK English: 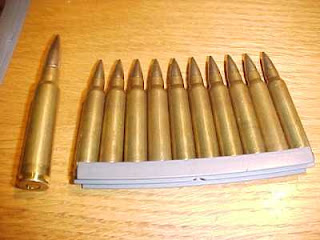 They are used for some bolt action and semiautomatic firearms. I say firearms since some semiautomatic pistols use them as well--e.g. the Steyr-Hahn and the "broomhandle" Mauser: 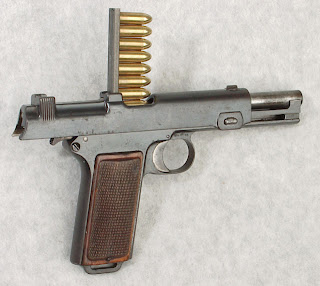 Quite frankly, I agree with democomie that "the whole "clip v magazine" and "automatic v semi-automatic" meme are nothing but a distraction".

Whenever there is an article about some idiot shooting people with an SKS, AK-47, M-16, AR-15 or any other weapon that bears a resemblance in appearance or design and some newsie or other refers to "automatic rifle" or some such thing, the gunzloonz dysintelligentsia goes off. Same thing when a magazine is referred to a clip.

Nothing but an attempt on the gunzloonz part to shift the focus of the arguments against allowing un/disqualified persons access to firearms.