Murder by Screwdriver - Rare, but It Does Happen

Looking worldwide, I found four incidents that appear to be murders using screw drivers.  WORLDWIDE.  I post them here to provide a contrast to how many shootings, including mass shootings, we have reported here just in the U.S. in the same approximate time period of the past two months. It's more than three or four, many many more.

There was this one in Texas, from last month:

Second Arrest Made in Screwdriver Murder
A second arrest tonight in the brutal murder of a man last month. Police arrested Patricia Davila. She was wanted for the death of Armando Alvarez. He was found dead at a home on Pace last month with a screwdriver in his head.  Last month, police also arrested Sandra Rivera.  Investigators say Rivera killed Alvarez and stole his van and credit cards.  Davila denies having any involvement.
Friday, December 16 2011, 07:48 PM CST

and this one in the UK, (the report is from last month, but it is not clear that was when the murder by screwdriver took place)  Perhaps Laci will elaborate on it at some point: 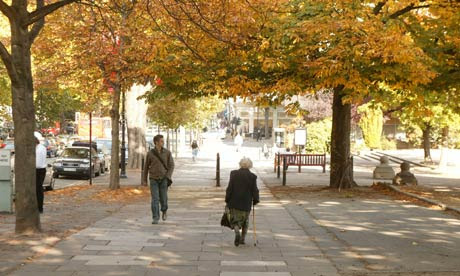 Two men have been accused of murder after stealing an iPhone in Cheltenham (above), then stabbing the victim when he 'remonstrated'. Photograph: Martin Argles for the Guardian


A father was stabbed to death with a screwdriver after going to "remonstrate" with two robbers who had stolen his iPhone, a jury has heard.

Keith Soons, 36, who had a baby daughter, died from the single wound to his head after confronting the two thieves, the court was told.

Michael Sexton, 28, and Richard Smith, 27, who are charged with murdering Soons, admit they were at the scene of the attack in Cheltenham, but blame each other for delivering the fatal blow.

Soons was found lying dying in the street at 8am on 5 February this year, five hours after the attack. He died in hospital the same day.

William Mousley QC, prosecuting, told the jury at Bristol crown court on Monday that although the murder weapon was never found, the wound bore all the hallmarks of being inflicted by a screwdriver.

"He lost his life over a mobile phone," he told the jury. "The prosecution cannot say which of the two actually inflicted the fatal injury but they were both together at the relevant time.

"Each accepts that he was there, each blames the other and denies having any part in the killing of Mr Soons. In fact, the prosecution say that both are culpable.

"They had both robbed him, they had both been acting together before and during and they continued to act together after the attack.

"They left Mr Soons seriously injured – neither of them called an ambulance. It is possible that with quicker treatment he might have survived, albeit with significant residual mental problems."

Soons' wallet and a ring he had been wearing were later recovered, the jury was told, but his mobile phone has never been found.

And this more dubious account from the UK tabloid Daily Mail:


Screwdriver murder of father - two found guilty Victim Kevin Jackson with his young son Two men were today found guilty of the murder of a father of two who was stabbed through the head with a screwdriver as he interrupted a car theft outside his home. Rangzaiv Akhtar, 20, and Raees Khan, 21, were found guilty at Leeds Crown Court of the murder of Kevin Jackson, 31. Mr Jackson died on New Year's Day this year two days after he disturbed a gang of car thieves who were attempting to steal a Toyota RAV4 vehicle from outside his home in the Copley area of Halifax, West Yorkshire. The jury was unable to reach a verdict on a murder charge against the third defendant Rashad Zaman, 21, and was sent home for the evening. The jury will resume deliberations tomorrow morning. The jury took more than 23 hours to reach its verdicts on the two murder charges against Akhtar and Khan. Akhtar was found guilty by a majority of 10-2, while Khan was convicted unanimously by the jury of seven men and five women. The court was told Mr Jackson was stabbed with a screwdriver on December 30 last year when he went to stop the three men stealing his father-in-law's Toyota RAV4 vehicle. He died two days later in hospital. All three defendants have admitted trying to steal the RAV4. During the trial the court was told that Khan had "poked" Mr Jackson with the screwdriver but had not intended to kill him. Akhtar told the court he hid behind bushes in a garden during the attack. He said when he came out he ran past Mr Jackson lying on the ground but did not realise he was seriously injured. The jury has already found Zaman and Khan guilty of an attempted burglary at a house in Woodside Drive, Cottingley, near Bingley, on December 26 last year with intent to steal the keys to an Audi car. Akhtar has already pleaded guilty to the same attempted burglary. Zaman, of Apsley Crescent, Manningham, Bradford, has already been found guilty by the jury on five charges of car theft in October and December last year. Akhtar, of Salt Street, Manningham, Bradford, denies one charge of car theft. He has admitted another charge of stealing a car He was earlier cleared of robbery involving the taking of a car in January this year. Khan, of Priestman Close, Manningham, Bradford, was cleared of the robbery of a car which took place in January this year. All three were acquitted halfway through the trial on the directions of the judge of assaulting a man with intent to rob him of a Toyota Landcruiser in December last year.
and this one, in the Caribbean , which might possibly be considered self-defense...:

A University of the West Indies student who allegedly used a screwdriver to stab the mother of his child to death was on Friday offered $200,000 bail when he appeared in the Corporate Area Resident Magistrate’s Court.
The accused, Nesseine Mardners, 20, of Bedward Gardens, August Town, Kingston 7, allegedly murdered his girlfriend, Kemesha Matthews, a 24-year-old entertainer, during a dispute over the welfare of their six-week-old baby.
Mardners is also accused of assaulting the complainant’s mother following the incident which occurred at her home on December 1, about 1:20 am.
Police reported that the accused, who went to visit the complainant, was inside her room when the argument developed. It is reported that Mardners then pulled a screwdriver from his pocket and inflicted wounds to Matthews’ head, after she threatened to have him killed by her friends and family if he did not support their child.
The mother, who was reportedly alarmed by screams from her daughter, rushed to her rescue but found her lifeless body lying on the bed.
She then reportedly confronted the accused who allegedly attempted to choke her.
The mother raised an alarm and she was assisted by her neighbours in accosting the accused who was taken into custody by the police.
On Friday, Mardners was granted bail by Senior Magistrate Judith Pusey on condition that he surrender his travel documents.
Mardners, who is represented by Oswest Senior Smith, is to return to court on February 9.