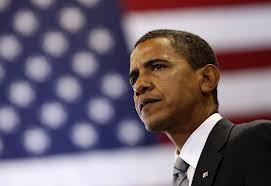 via Parsley's Pics an article by Frederick Stecker

In late October 2011, the Republican Party of Virginia sent out a cartoon-drawn Halloween card. Reminiscent of Michael Jackson’s “Thriller,” the card portrayed in one section mindless zombies in lockstep, shouting out “O–Bama;” other sections had ghoulish depictions of Nancy Pelosi and Barack Obama with a bullet hole in his head. On June 17, 2012, the Helena, Montana Independent Record reported that the Republican Party of Idaho’s convention hosted Rush Limbaugh as guest speaker. Outside the convention hall there was an outhouse. A sign declared it to be “Obama’s Presidential Library”; it too was riddled with bullet holes, and inside the outhouse hung the president’s “birth certificate” as well as scrawled messages regarding the sexual availability of Michelle Obama, Hillary Clinton, and Nancy Pelosi. In both cases, Republican Party spokespersons downplayed these incidents as minor infringements of good taste.

What is going on here? These are uncertain times, but it is worth asking: When, in presidential politics, is it okay to create hate?

I don't think this type of attitude and action can be explained by overly-exuberant politics.

I believe whenever we encounter inexplicable Obama hate, the reason is racism.

What do you think?
Posted by Unknown at 2:14 PM