Oklahoma is OK with the Mentally Ill Buying Guns 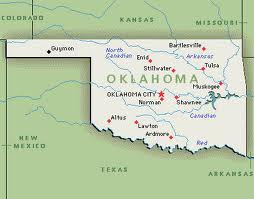 According to a 2011 report by the gun control advocacy group, Mayors Against Illegal Guns, Oklahoma lags behind other states in supplying mental health records to the national database used for these types of background checks. Though federal law attempts to motivate states to submit these records to the National Instant Criminal Background Check System (NICS), Oklahoma has only sent three mental health records since 2009, the group reported.

This is the disgraceful situation that happens in many states.  Although I don't believe the NRA can be blamed directly for this, they aren't actively orchestrating the bureaucratic mess that allows this to happen, they aren't doing anything to help either.  They aren't spending any of their money to lobby for changes. They're sitting back and just watching like everybody else.

The funny thing is, this may be the very thing that tips the scales of public opinion eventually.  Allowing mentally unstable people to purchase guns as freely as they do guarantees an increased number of the headline-grabbing mass shootings that we've seen lately.

Sooner or later, the general public which is mainly apathetic about gun rights, will become sufficiently outraged to demand changes.

What's your opinion?  Please leave a comment.
Posted by Unknown at 8:57 AM