It's the Assault Weapons - The High Production and Indiscriminate Sale 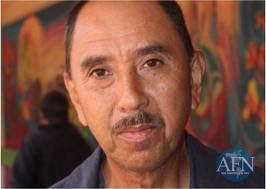 
“The United States should stop producing so many weapons, which cause us so much harm. That country also suffers from so much violence, as billions of dollars go into manufacturing guns.”

That is the message that anti-crime activist Fernando Ocegueda will take to the public in the United States, during a one-month visit to that country by the Caravan for Peace with Justice and Dignity, made up of 70 family members of victims of violence in Mexico.


“We are feeling hopeless because we are ignored,” said Ocegueda, who sells electronic goods. “Our mission is to raise awareness about the indiscriminate sales of (assault) weapons, which flow over the border into our country, where they generate so much violence.”

It's embarrassing when we have to be told by someone outside the country. We should be telling ourselves this. Of course, we are doing exactly that.  We are telling ourselves that the gun manufacturers are producing more guns than can possible be absorbed within our country by legitimate buyers.  They know a certain amount of their production goes quickly into criminal hands.

And to make matters worse, they pay the NRA and the gun lobby handsomely to keep it that way.

These are some of the most disreputable businesses in the country.   It's important that we strrive to bring greater awareness to this problem.

What's your opinion?  Please leave a comment.
Posted by Unknown at 7:55 AM