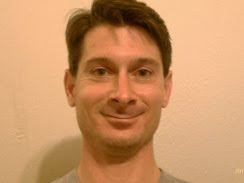 CBS News adds some detail to the profile of the latest hero of gun rights.


Caffall's stepfather, Richard Weaver, told CBS station KHOU that the suspected gunman refused to work after apparently quitting his job less than a year ago. Weaver said Caffall regularly played video games inside his rental home near the campus. According to KHOU, Northcliff, the third man killed on Monday, was Caffall's landlord.

Weaver told KHOU that Caffall played video games so much that it seemed to be warping his sense of reality. He said Callfall's alleged violent reaction to an eviction notice was not something that surprised him. Weaver even told KHOU he had become concerned that Callfall might hurt, or even kill, one of his own family members in recent months.


This reminds me of the famous Anders.  He played video games too.
Posted by Unknown at 10:59 AM