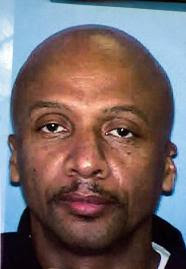 A former megachurch maintenance man accused of killing a volunteer leading a prayer service was charged more than a decade ago with a shooting at a mosque in Maryland, according to police documents.

Floyd Palmer was acting as security at a Baltimore mosque in June 2001 when he shot another man working with him, wounding him in the back. Palmer tried to fire the gun again, but it jammed. When other people ran over to him, he turned the gun on them, but it again wouldn't fire.

Palmer faced attempted murder, assault and handgun charges, and he was committed to a psychiatric hospital in 2004 after pleading not criminally responsible to lesser charges. Court records show he was released the next year.

It's not clear when he made his way south to Atlanta. He had been working at World Changers Church International, but quit in August for "personal reasons," Fulton County Police Cpl. Kay Lester said.

On Wednesday, authorities said Palmer, 51, calmly walked into a chapel as Greg McDowell, 39, was leading a morning prayer service for a group of about 25 people.

Palmer casually walked out of the chapel and police arrested him several hours later when they spotted his station wagon at a mall in suburban Atlanta. Police said they have not found the gun.