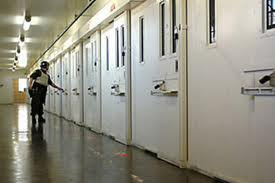 If those 13 percent have heard any of the debate about California's death penalty, they already know that the state has the largest death row in the country and that those inmates are more likely to die of old age and natural causes than execution. If they've heard anything about Proposition 34, they know that it will save the state $1 billion in the next five years and direct millions of dollars to solving unsolved rapes and murders.

But when we hear the stories of injustice -- defense attorneys arriving at court in an alcohol-induced stupor, men being executed despite grave doubts that they are actually guilty, prosecutors suppressing evidence -- we still associate them with that death penalty down there -- the one that the Southern states carry out.

Not only does California's death penalty have its own problems, but its very existence lends support to death rows in other states. For its own share, California's death penalty is obscenely expensive -- it costs $130 million more per year than life in prison without parole. Meanwhile, a shocking 56 percent of reported rapes and 46 percent of homicides go unsolved every year in this state. We know that innocent men like Franky Carillo, who spent 20 years in prison after being wrongly convicted of a shooting by mistaken eyewitness testimony, have fallen prey to the system's flaws.

Anumber of States have already abolished the death penalty,  It's about time California did so.  Its reputation as the progressive leader of the US is in jeopardy.

What's your opinion?  Please leave a comment.
Posted by Unknown at 6:29 AM