More on the Inglewood Shooting Rampage 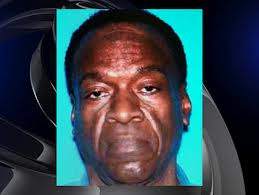 The body of the suspect in a Saturday morning rampage in which five members of an Inglewood family were shot — two fatally — was believed to be found in the ashes of his home, wearing body armor, clutching a revolver and bearing a gunshot wound to the head, police said Sunday.

A corpse was discovered among the remains of a torched house on West 99th Street inhabited by Desmond John Moses, a 55-year-old licensed security guard and the registered owner of the .38-caliber handgun. A positive identification of the body is expected in the coming days.

I suppose this is another one of those exceedingly rare examples of a lawful gun owner going bad. That's one of the weakest arguments the gun-rights fanatics have, that "very few" lawful gun owners commit crimes with their weapons. They keep saying almost all (I've seen 99% quoted) gun crime is done by drug dealers and gang members.

Nothing could be further from the truth.

What's your opinion?  Please leave a comment.
Posted by Unknown at 6:01 AM