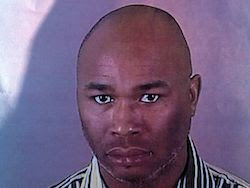 Two Wisconsin lawmakers are pushing legislation to tighten the enforcement of gun rules in domestic violence cases, prompted by a fatal shooting rampage at a suburban Milwaukee spa.

Radcliffe Haughton, 45, bought a handgun just two days after his beleaguered wife obtained a restraining order against him. He used that weapon to kill her and two other women Sunday at the salon where she worked, before fatally shooting himself.

Sen. Lena Taylor said the shooting highlights the need for better enforcement of laws that require restraining order recipients to surrender their weapons.

"Across Wisconsin there are inconsistent standards, or sometimes none at all, for the collection of weapons owned by domestic abusers," the Milwaukee Democrat said Monday as she and Rep. Penny Bernard Schaber pushed for the bill.

Radcliffe Haughton’s wife, Zina, secured the four-year restraining order against him on Thursday, at which point he was ordered to hand over all of his firearms to a county sheriff. It’s unclear whether he turned in any weapons.

Around 11 a.m. Sunday, Radcliffe Haughton opened fire at the Azana Day Spa in Brookfield. He had bought the .40-caliber semiautomatic handgun he used in the attack from a private owner on Saturday, according to police in Brown Deer, the Milwaukee suburb where Haughton lived. The seller did nothing illegal; private individuals are not required to conduct background checks or enforce a 48-hour waiting period as licensed gun dealers are under state law.

Taylor’s legislation calls for individuals who are subject to a restraining order to be forced to surrender their firearms within 48 hours or face arrest. The bill failed in 2010 largely due to opposition from the National Rifle Association and other gun-rights groups.

It seems to me they need to do more than enforce the restrictions on domestic abusers. They need to eliminate the private sales of guns without background checks.

What do you think?  Please leave a comment.
Posted by Unknown at 6:53 AM