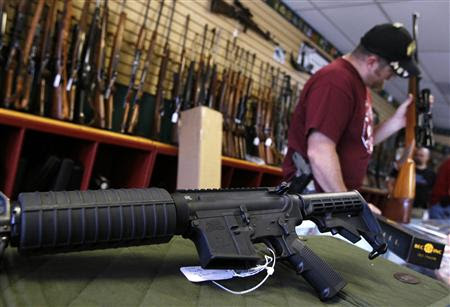 Colorado lawmakers passed a bill on Friday to mandate universal background checks for all gun buyers in a state that has experienced two of the deadliest mass shootings in U.S. history, a spokesman for majority Colorado House Democrats said.


The measure passed after months of debate on gun control in Colorado, and came after legislators approved four other gun control measures on Wednesday.

The legislation now awaits the signature of Governor John Hickenlooper for final approval. Hickenlooper, a Democrat, has indicated he supports universal background checks for gun buyers.