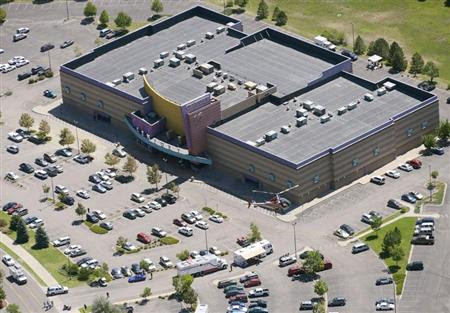 Reuters/Reuters - The theater where a gunman opened fire on moviegoers is pictured in Aurora, Colorado July 20, 2012. REUTERS/John Wark

A sweeping package of gun control measures advanced in Colorado on Friday, with expanded background checks and other limits as states seek to curb gun violence after the massacre of 20 children in Connecticut.


The Democratic-controlled state Senate passed four measures by an informal voice vote, including requiring gun buyers to pay for their own background checks and banning firearms purchases by people who are convicted of domestic violence crimes.

Republican leaders in the state Senate said the bills were overreaching and a violation of the Constitution's Second Amendment, which guarantees the right to own guns.

Now that's interesting. I clearly remember being told that all states count domestic violence misdemeanors as a disqualifier.  Why would Colorado have to add that now?  Maybe Greg can explain himself.

Colorado was already ranked 15th best.  I'll bet they move up this year.

What do you think?  Please leave a comment.
Posted by Unknown at 7:20 AM