Ok, we get it.  Jesse V. is unhappy because TSA gets to touch him in a manner he considers inappropriate.

Wonkette has it covered.


America’s second-most favorite whackadoodle ex-governor Jesse Ventura (whose crazy gave Minnesota such a hangover it then elected Tim Pawlenty) managed to gather enough bored reporters together to formallyannounce that he tragically lost his important lawsuit trying to get the government to quit letting TSA agents touch his nuts all the time. In revenge, he will now become a Mexican, in order to stick it to the fascist tyranny of Minnesota.

I'm just finding this a bit hard to believe.  After all, Jesse V made a living doing this: 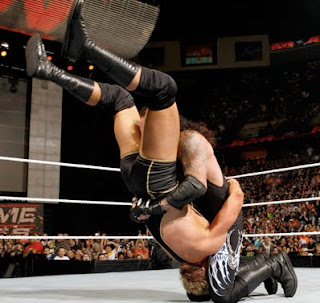 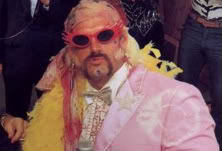 Sorry, I can't muster much sympathy for ol' Jesse.
Posted by Jadegold at 6:38 PM