Military Suicides and How the NRA has Helped 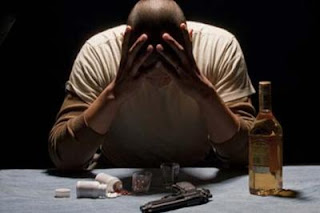 Military.com reports
on a report issued by the Center for a New American Security, which recommends that Congress repeal a provision in last year's National Defense Authorization Act that bars military commanders from talking with troops about troops' personally owned firearms -- a factor in nearly half of soldier suicides last year. Report authors Margaret Harrell and Nancy Berglass put it this way:

"Congress should rescind the NDAA 2011 restriction on discussing personally owned weapons so that unit leaders can suggest to service members exhibiting high-risk behavior, acting erratically or struggling with depression that they use gunlocks or store their guns temporarily at the unit armory," they wrote. "Given this change in law, unit leaders should engage both at-risk service members and their family members, and encourage them to obtain gunlocks or to store privately owned weapons out of the household."
"Multiple studies indicate that preventing easy access to lethal means, such as firearms, is an effective form of suicide prevention," authors Harrell and Berglass wrote.

The situation is absolutely dramatic.

U.S. Army suicides have climbed steadily since 2004. The Army reported a record-high number of suicides in July 2011 with the deaths of 33 active and reserve component service members reported as suicides.
Suicides in the Marine Corps increased steadily from 2006 to 2009, dipping slightly in 2010. It is impossible, given the paucity of current data, to determine the suicide rate among veterans with any accuracy. However, the VA estimates that a veteran dies by suicide every 80 minutes."

In typical fashion, the conscience-less NRA, fought for this bill restricting military commanders from having personal guns registered or even discussion personal gun ownership with their troops. The result: people died.

What's your opinion? Do the gun-rights folks seem to lose sight of the big picture in their zeal for opposing gun restrictions? Shouldn't commanders of distraught troops be free to intervene in any and every way possible to help those under their command? Is the NRA's obsession with never ever allowing data to be compiled about who owns what weapons a bit exaggerated?

What's your opinion? Please leave a comment.
Posted by Unknown at 9:48 AM