Try to make this simple for stupid people to try to understand. 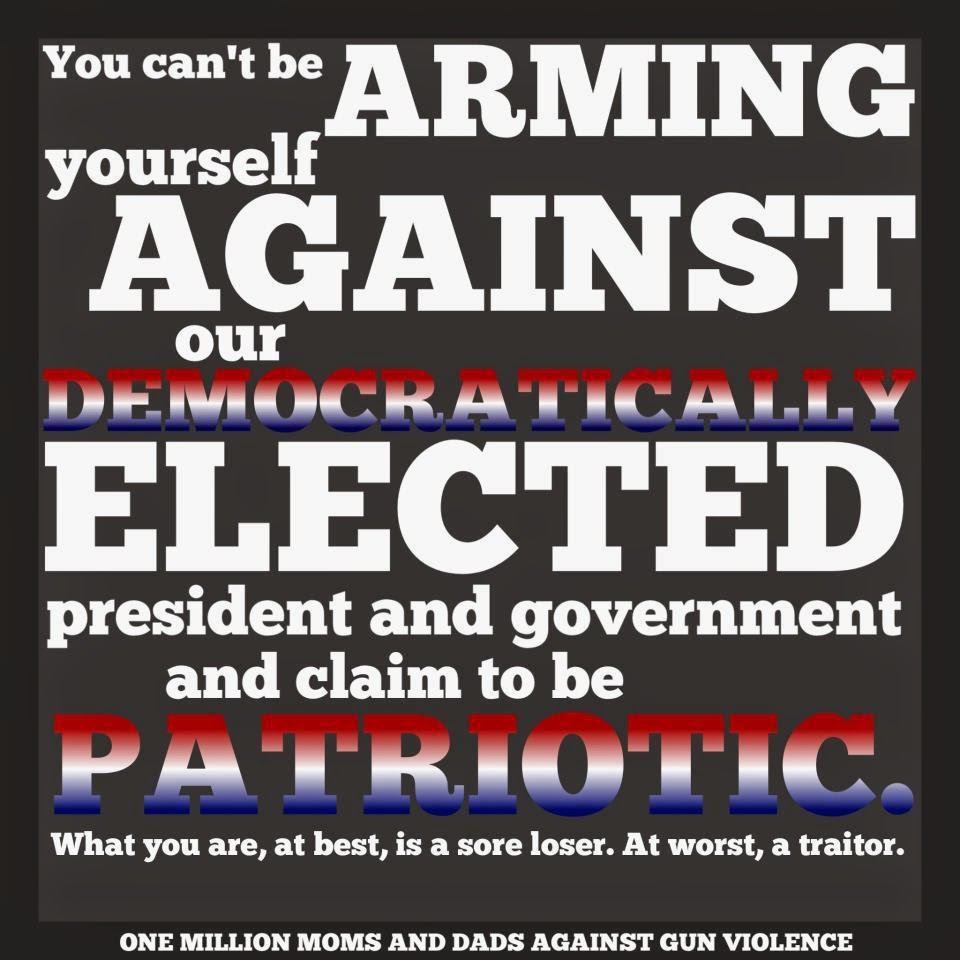 One thing that makes the US great is Article III, Section iii of the US Constitution which says:


"Treason against the United States, shall consist only in levying War against them, or in adhering to their Enemies, giving them Aid and Comfort."

Which means anything like founding father quotes and the Declaration of Independence (and other historical documents) ARE NOT legally binding.

So, you assholes need to live by the document you claim to believe in  or get a brain.

The Second Amendment does not explicitly repeal Article III, Section iii no matter how much your diseased minds might want it to, which means that you have to live by consitutional process, or work to change it through the system as provided in the constitution.

And if you took an oath to defend the nation or enforce the laws: guess what?

You have to do that job whether you agree with the law or nor.

If you are given a lawful order you must obey it, and you are not the final arbiter of what a lawful order is since I doubt you have the intelligence to know what the law is if you belong to an organisation as fucked up as the oath breakers.

So, before you start doing silly shit--you might want to get a handle on what exactly the Constitution says and how it works.

Although, that is probably too late for you and you are already doing some seriously fucked up shit.