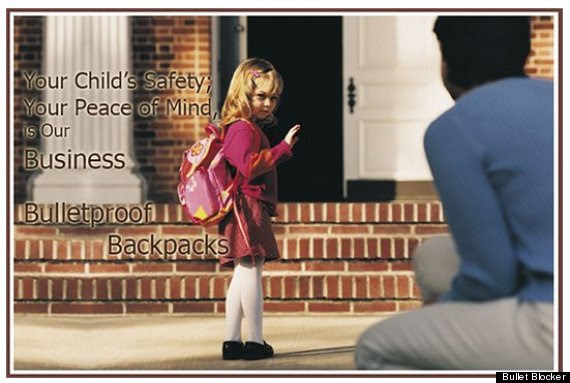 
The aftermath of school shootings is now all too familiar. The shock of the breaking news, the scenes of school evacuations, the ensuing political debate and the inevitable inaction. And for Ed Burke, the wave of new customers.
As CEO of the Massachusetts-based company Bullet Blocker, Burke sells one of the hotter goods in the body armor industry: bulletproof backpacks. And though he doesn't revel in the fact that business tends to boom after school shootings, he sees his company as providing a service for increasingly nervous parents.
"Business is growing unfortunately due to all the things happening in the country," Burke said.
The regularity of school shootings in America has set off a multi-directional reaction. Politicians have sought to respond with legislation. In some states, reforms have succeeded in passing. Federally, they have not, much to the chagrin of gun-control advocates.
"My biggest frustration so far is the fact that this society has not been willing to take some basic steps to keep guns out of the hands of people who can do just unbelievable damage," President Barack Obama vented during a recent town hall hosted by Tumblr. "We're the only developed country on earth where this happens."
Where politics has failed, business has stepped in, taking advantage of legislative inertia.
Bullet Blocker's co-founder, Joe Curran, built his first bulletproof backpack for his two kids after the mass shooting at Columbine High School in 1999. He realized the commercial potential, and began manufacturing backpacks and other school safety products for a wider audience. Today, Bullet Blocker produces iPad cases, notebooks, and school bag survival kits ($400 -- advertised as a "great self contained kit to augment the reaction plans for school lock downs").
The company has averaged 35 to 40 percent growth each year, Burke said. Last year, it grew by more than 50 percent. And when school shootings happen, like the one that took place last week in Oregon, interest spikes further.
"We had quite a few requests today," said Burke, speaking hours after news of that shooting broke. "There is growing awareness of the violence that is happening in society. People say, 'Geez this is happening all over, how do we protect ourselves?'"
Posted by Unknown at 8:43 PM