Hidden Criminals and Time Bombs Within the NRA 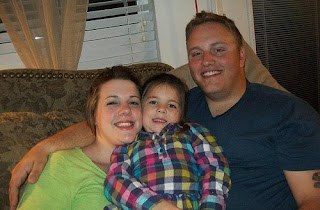 Josh Horwitz wrote a wonderful article on Huffington Post which included a little story which Laci had posted about last month.

His name was Landon Jorgensen. Jorgensen lived the NRA's credo to the hilt. He carried a gun on his person at all times, even while inside his own home ("I'll keep that [shit] on me so that I'm prepared no matter what."). He refused to go to gun shows because of the requirement for attendees to unload their firearms before entering. When discussing private property where guns are prohibited, he remarked, "If you remain concealed anyway, how will they ever know?" And he frequented ConcealedCarryForum.com to encourage others to utilize permissive concealed carry laws in order to protect the "sheep" in their communities from crime.
But this proud NRA "sheepdog" turned out to be a wolf. On March 21, 2012 he turned his guns on his 25-year-old girlfriend, Adria Jordan Parker, and her five-year-old daughter, Eliza Kate Parker, before taking his own life.

Josh draws the obvious conclusions that too many unfit gun owners are carrying guns with little chance of being identified until they do something newsworthy.