In Louisiana They Love Their Guns 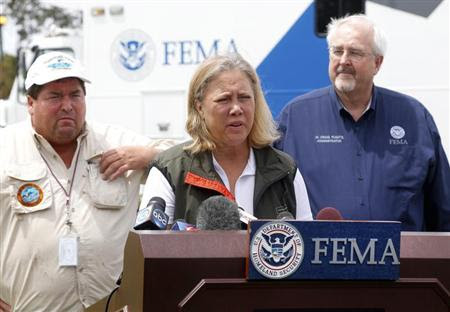 In the gun-friendly state of Louisiana, the backlash against President Barack Obama's proposed restrictions on firearms seems to be everywhere.

It can be seen in the frenzied sales and empty racks at Jim's Firearms store in the state capital, Baton Rouge, where customers have rushed to make purchases as Congress weighs several gun-control bills.

It is evident in the state Legislature, where a series of bills aimed at protecting gun owners' rights have been introduced as a counter-punch to Obama's push in Washington.

It is abundantly clear in the sea of hands that pop up when a congressman asks an overflow crowd in Baton Rouge how many are worried about their constitutional right to bear arms being threatened.

It's also evident in the murder rate of New Orleans, but you won't hear about that from the pro-gun crowd. They only talk about Chicago.

What do you think?  Please leave a comment.
Posted by Unknown at 7:11 AM