This is in reference to the post What about gun responsibilities? 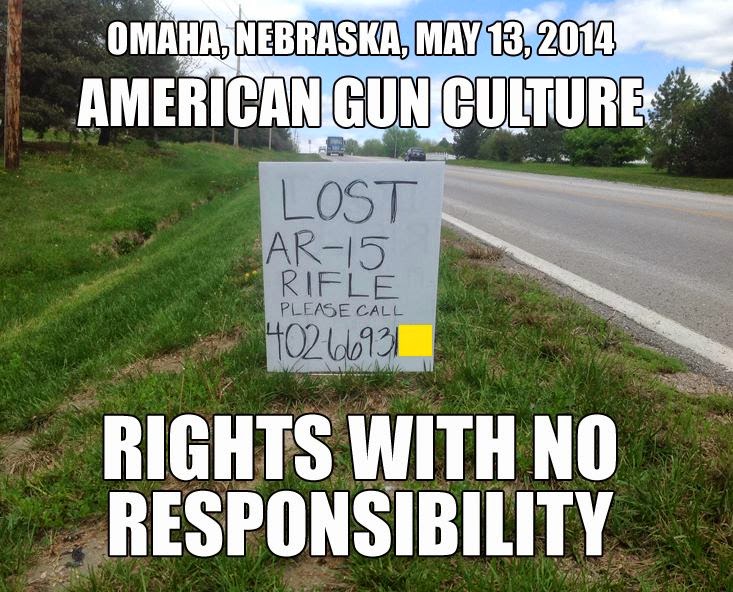 You know the one that featured this picture:

Yes, it is quite real as this article from the Omaha World-Herald proves:

Not only did the person lose an assault rifle, he is a former Nebraska State Patrol trooper.  He called losing the rifle a “terrible mistake.”

“This is probably the stupidest thing I've done in my life,” he said.

It seems the gun was lost in middle of South 204th Street, in front of the Gretna fire station after it fell off the back of his pickup truck.  It also had a loaded magazine.

The assault rifle has been returned to its owner and is in a gun safe.
Posted by Laci The Dog at 11:56 AM