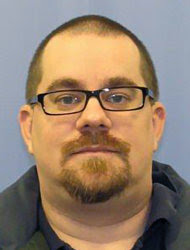 
A Pennsylvania man confronting his estranged wife about custody arrangements for their daughter shot the woman to death and killed her boyfriend and his mother, then fled with the 4-year-old girl before the two were found about 250 miles away in Ohio, authorities said.


In Pennsylvania, guns are very bad news for women. When one of the lawful and responsible gun owners gets angry enough, this is what happens.

What's your opinion?  Do you think not a single one of these murdering maniacs could be identified before they act? Do you think a guy who kills his ex and her family has displayed no signs of instability up to the moment he pulls the trigger?

We need to raise the bar as to who may own guns. We need to screen for psychological problems. We need to disarm the worst of the worst, before they act.  It wouldn't be that difficult to do.

What's your opinion?  Please leave a comment.
Posted by Unknown at 9:29 AM