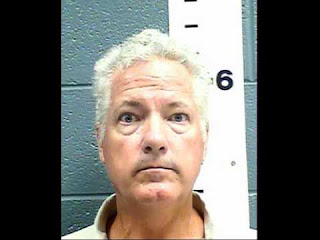 Rick Reese, patriarch of the family, and his wife Terri were both convicted on one felony count each of false statements in connection with the acquisition of firearms. Ryin, 25, was convicted of two counts. Remington, 20, was fully acquitted.

Each false statement conviction could carry a sentence of up to 5 years in federal prison.

The family was arrested last August and charged with a total of 30 counts of conspiracy, false statements, gun smuggling and money laundering. Prosecutors argued throughout the case that the family knowingly sold guns to so-called “straw buyers” who were getting weapons on behalf of violent Mexican drug cartel members.

The day they were arrested, federal agents seized the Reeses’ Deming property: 85 acres of real estate; cash, bank accounts and coins; and the entire inventory of their New Deal gun store. All of the property was subject to forfeiture to the U.S. government.

The initial indictment in the case says that the false statements convictions will mean the forfeiture of “any firearms and ammunition involved in the commission of the offenses.”

Hall said that “further legal analysis” will be required to determine the final extent of that forfeiture.

Crooked FFL Dealers should be severely punished. It sounds like Mr. Reese is out of business.

Does that little conviction along with whatever forfeitures they decide upon sound like enough?

What's your opinion? Please leave a comment.
Posted by Unknown at 7:50 AM