If you wonder why I prefer the UK to the US.  Yesterday's referendum was carried out in a peaceful manner, despite strong sentiments on both sides.

On the other hand, it seems that in the US some people feel that they have a right to prevent people from voting.  I believe there are federal laws which prevent this sort of activity, but still: 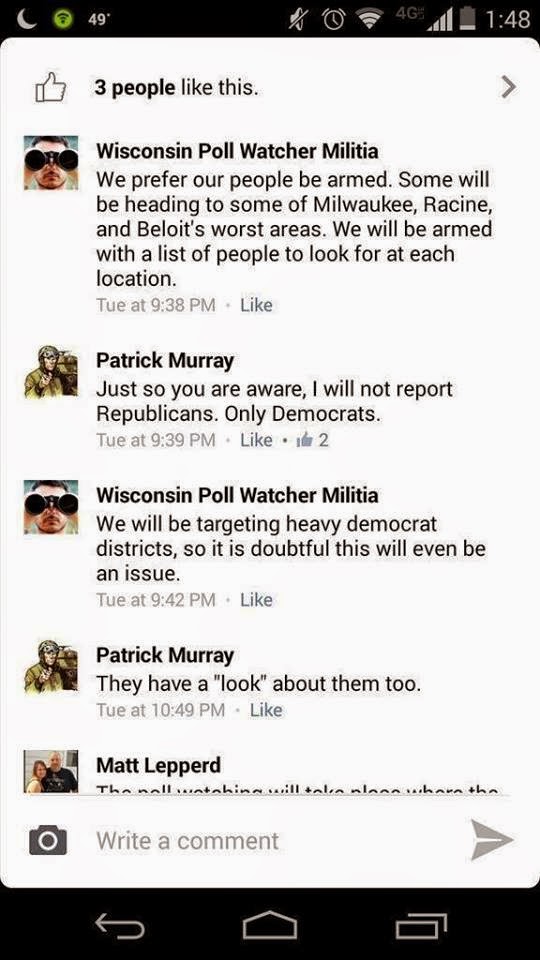 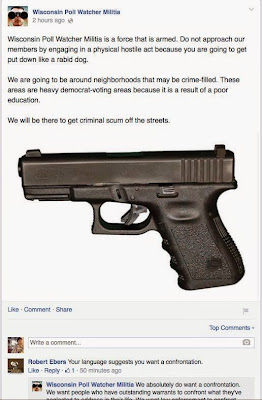 In Wisconsin, it is a Class I felony to use or threaten to use force, violence, or restraint to compel a person to vote or not vote in an election. It is also a felony to impede or prevent someone’s ability to vote in an election, to bribe voters, or to coerce someone to vote for a particular candidate or ballot measure.

Voter intimidation is also illegal under federal law. The Voting Rights Act and the National Voter Registration Act make it a crime for election officials to attempt to “intimidate, threaten, or coerce” anyone from voting or attempting to vote, or registering to vote.

Call the police immediately if you see these people.

In fact, contact and file a report with the DoJ's Civil Rights Division:
And
The facebook page has been mirrored.

The more I see of you, the more I am convinced that the US needs strong gun regulations.  The pro-gun side is the best argument for strong gun control.