Liverpool historian, Eric Lynch is a former trade unionist who left school at the age of 14 and couldn’t read and write because in those days it was judged that blacks didn’t need such skills. He taught himself to read and write because he wanted to know how things came about and about Liverpool’s history: most importantly, Liverpool’s connection to the slave trade. Mr. Lynch has learned quite a bit about Liverpool’s slaving history and enjoys sharing his knowledge through city tours. 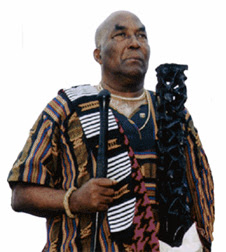 From 1700 to 1800, the town of Liverpool in northwest England was transformed from what was “not much more than a fishing village” into one of the busiest slave-trading ports on the Atlantic. Liverpool’s first slaving vessel, ironically named Blessing, set sail in 1700. In 1710 two slave ships departed from Liverpool, 24 from London and 20 from Bristol. London then declined and Bristol rose to prominence mid-century, but by 1771 Liverpool was the pre-eminent slave ship port. That year no fewer than 107 left dock on the Mersey on slaving voyages compared with 58 from London and 20 from Bristol. By the end of the 18th century, Liverpool had over 60% of the entire British trade and 40% of the entire European slave trade.

The profits from slaving could be huge: the ship Lively made a profit of 300% in 1737, although this was exceptional. Most ships could guarantee a 10% profit.

At one time, there were ten large merchant houses engaged in the slave trade and 349 smaller firms in Liverpool. Shop windows displayed shining chains and manacles, devices to force open the mouths of slaves who refused to eat, neck rings, thumb screws and other implements of torment and oppression used in the slave trade.

Not all of Liverpool’s wealth came from the slave trade, but it contributed signigicantly to the city’s prosperity. Slaving and related trades may have occupied a third and possibly a half of Liverpool’s shipping activity in the period 1750 to 1807. The wealth gained was substantial from the slave trade and made a significant contribution to economic and industrial development throughout the north-west of England and the Midlands. Slavery provided significant capital for Liverpool’s prosperity in later years making Liverpool a competitor with London for the most properous British city during the 19th Century.

Slavery was such a money spinner that merchants such as Foster Cunliffe made a fortune and served three terms as mayor of the city as well as serving as President of the Liverpool Infirmary and a sponsor of the Bluecoat School. When he wasn’t exercising his philanthropic impulses, he sent three or four ships to collect African slaves each year in the 1730s. Before his death, Foster Cunliffe had ensured his son Ellis a seat in parliament. Other families such as the Leylands, Bolds and Kennions prospered in a similar way. Livepool’s connection to slavery was so pervasive that it was discovered that Penny Lane was possibly named after James Penny, a wealthy 18th century slave ship owner and strong opponent of abolitionism in 2006 when one Liverpool Councillor proposed renaming certain streets because their names were linked to the slave trade. That discovery led to city officials deciding to forego the name change and re-evaluate the entire renaming process. On July 10, 2006, Liverpool officials said they would modify the proposal to exclude Penny Lane.

But don’t take my word for it, take Eric Lynch’s city tour.