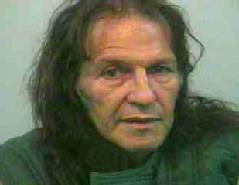 Trenda Owens Hogg, 48, was shot and killed in her front yard Sunday afternoon, and her estranged husband, Russell Dewayne "Rusty" Hogg, 58, sat in jail that evening suspected of killing her as well as the couple's son, Anthony Wayne Hogg.
The rifle that investigators believe Hogg used was found on the property. While a motive for the shootings wasn't clear Sunday, Alachua County Sheriff's Office spokesman Art Forgey said an "ongoing domestic dispute is what led to this."
Forgey said High Springs police officers knew the Hoggs and had been to the family's house a number of times for domestic disputes.

Are domestic abusers in Florida allowed to have long guns? I realize a rifle or shotgun in the home is as American as apple pie, but shouldn't people like old Rusty be completely disarmed?

Is the pro-gun argument that rifles are rarely used in a crime part of the problem here? Is that what the local law enforcement thought the last several times they visited the Hoggs family?

In the famous Hemenway study of high gun states, Florida was not listed as one. In fact it comes way down the list below such gun-loving places as Wyoming, Montana and the Dakotas. But what the theory of "guns are bad news for women" shows is the more guns there are the more women get killed in domestic disputes.

Florida's been in the news a lot lately, not just with domestic situations, but with general gun violence.  Maybe their gun-violence star is ascending. It could mean another jewel in the crown.
What's your opinion? Please leave a comment.
Posted by Unknown at 7:50 AM