The Denholm Brothers of Berea Kentucky

Kentucky.com reports on the arrest of Matthew Denholm, pictured to the left.

Flower and Price (the two dead guys) intervened Sunday night to help an unidentified man with whom Denholm was fighting. Denholm lost the fight but vowed to return. When he did so, he fired a shotgun through the apartment door before kicking the door open, entering the apartment and shooting Flower and Price. 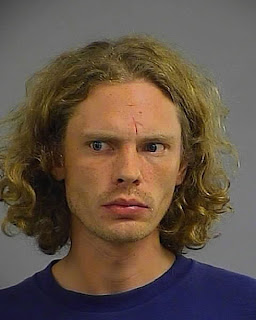 A couple days later, big brother Ryan was arrested for complicity to murder and complicity to attempted murder for his role in the attack.

Because the gun laws are the way they are in Kentucky, these two unstable and dangerous young men had no trouble acquiring them, if not legally, then illegally. Gun availability is a god-given, fundamental-human, Constitutionally-protected right, after all. Who could argue with that?

What's your opinion?  Please leave a comment.
Posted by Unknown at 9:01 AM