Inspired by Robert Farago's mention that Avril Lavigne is a hunter, I found this site which lists eight celebrity hunters. 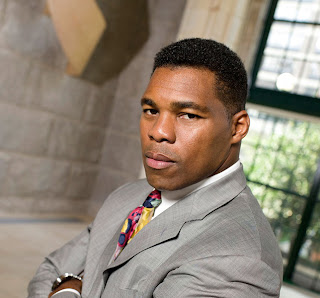 The one I enjoyed the most was Herschel Walker. I wondered if he even needs a gun, he's one tough guy.

With a background in law enforcement, Walker is an avid shooter. The College Football Hall of Fame inductee from the University of Georgia, and 1982 Heisman Trophy winner, played for the USFL’s New Jersey Generals, NFL’s Dallas Cowboys, Minnesota Vikings, Philadelphia Eagles and New York Giants. Now, at age 49, he is squaring off against opponents half his age in the Octagon for professional mixed martial art fights, has also tackled the Alaskan tundra in pursuit of brown bears.

Personally I think hunting is sick. I think the enjoyment therein is akin to that of the bully who takes advantage of the smaller and weaker in order to feel superior. But, I have much less a problem with it, than I do for say, the people who want to carry a gun at all times. That's another kind of sickness and one which affects more people.

What's your opinion? Please leave a comment.
Posted by Unknown at 8:23 AM