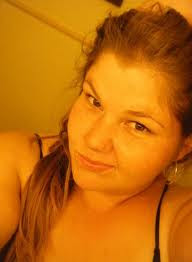 Police said a man and his stepdaughter are dead after what they have determined was a murder-suicide.

The Baton Rouge Police Department identified the victims as David Robinson, 57, and his stepdaughter, Reagan Rowe, 26.

Detectives said Robinson was arguing with his wife about them getting a divorce.

They said when he tried to use the computer he realized Rowe had changed the password, so he couldn't unlock it.

Investigators reported Robinson then grabbed a gun, shot Rowe and turned the gun on himself. They were both pronounced dead at the scene.

What's your opinion? Does it sound like another lawful gun owner gone bad? It seems so to me. This is an aspect of gun ownership that many people aren't aware of or don't want to admit. Among the huge group called "lawful gun owners" there are many who are not fit to own guns responsibly. These are the ones we read about in the news every day. There's a continual flow from the group called "good guys" to the group called "bad guys." And immediately after, the rest of the "good guys" disown the miscreant. He has nothing to do with them.

The solution: better screening for mental health issues, stricter requirements concerning past violent offenses, and eliminating the option of buying guns privately with no background check.

These are some of the ways we can improve the quality of gun owners and cut down on incidents like this one.

There's another aspect of these stories which often goes overlooked.  Nine out of ten are men shooting women and then killing themselves. Guns are very bad news for women.