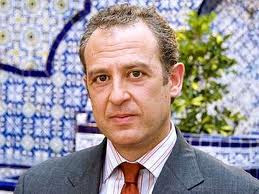 In a slap at gun-rights advocates, the Mexican ambassador to the U.S. dismissed accusations that Mexico is seeking to undermine the Second Amendment in order to curb the influx of U.S.-purchased guns.

"There is an 'urban myth' out there that somehow the Mexican government is seeking to lobby against and destroy the rights enshrined in the Second Amendment," said Ambassador Arturo Sarukhan. "This is gobbledygook."

The rest of the article is just more of what we've heard over and over again. I just wanted to get that quote in there.

What do you think?  Is "gobbledygook," a good word to describe this and some of the other pro-gun myths?  I think so.

Please leave a comment.
Posted by Unknown at 6:01 AM