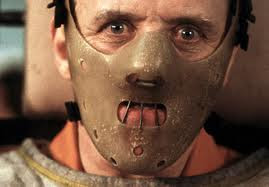 
It was a scene as creepy as a Hannibal Lecter movie.

One man was shot to death by Miami police, and another man is fighting for his life after he was attacked, and his face allegedly half eaten, by a naked man on the MacArthur Causeway off ramp Saturday, police said.

I'm the first one to criticize the police decision to shoot someone, but when it comes to a face-eater, I have no problem with the shooting. The only part of the article I wondered about was the possible explanation for the incident.


Police theorize the attacker might have been suffering from "cocaine psychosis," a drug-induced craze that bakes the body internally and often leads the affected to strip naked to try and cool off.


That theory explaining why a crazy guy gets naked is pretty far fetched, and certainly doesn't explain his appetite, unless wait a minute, unless he was also on medical marijuana.

That could explain it.  What do you think?