Situational Awareness at all Times 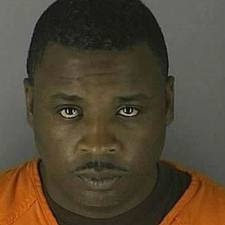 A 34-year-old Minneapolis man has been charged in connection with a recent incident where, without warning, he attacked another man and stole a gun that the victim had a permit for, according to police.

Willie Merriweather was charged with first-degree aggravated robbery in connection with the May 21 incident.

Police said an adult male was walking home in the area when a man, later identified as Merriweather, was walking the other way and suddenly slammed the victim into a parked car.

The victim hurt his arm and wasn’t able to defend himself. Merriweather allegedly searched the victim, eventually finding a pistol, and put it to the victim’s head while demanding valuables.

The victim lost the gun and his wallet during the attack, police said.

This story illustrates the silliness of situational awareness as a self-defense tool. The pro-gun fantasy-dwellers are always talking about it. They imagine themselves to be like Arnold in The Terminator, scanning the area for trouble before it even happens.

The truth is, sudden and unexpected attacks leave the concealed carry permit holder as unprepared as the proverbial hippie-chick, skipping down the street tripping on acid.

The down side is all these gun owners are adding to the problem.  Their guns are sometimes stolen, surely more than we know about because no one would want to report such an embarrassing incident.  Other times, because they think they're able to read situations so well, they come out with their gun unnecessarily.  Many of these go unreported too, for obvious reasons.

And, of course we have the crimes committed by concealed carry holders, many of which go undetected as such, especially when the object of their attention flees or ends up dead.

What's your opinion?  On the whole, does concealed carry do more good than harm? What do you think?

Please leave a comment.
Posted by Unknown at 8:26 AM