Accidental Shooting of Hunter by Another Hunter - No Charges 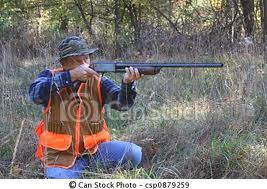 
A man has been shot dead by his friend on a hunting trip in Southland today.

The man was in a group of five who were spotlighting using a vehicle in the Cattle Flat area. He was killed instantly when one of the group fired a shot.

"The deceased male was walking on a hillside attempting to locate a second deer after one had been initially shot and located by the group,'' Senior Sergeant Richard McPhail said in a statement.

It is the second hunting death in recent weeks. In March a 24-year-old Wanaka man was charged with careless use of a firearm causing death after a late-night hunting trip with a mate turned to tragedy. Dougal Fyfe died when he was shot in the back of the head while out hunting with two friends in the Maungawera Valley, near Wanaka.

Emergency services were called to today's shooting just before 4am. Police from Invercargill and Gore attended, along with a helicopter with a paramedic onboard.

I realize that if you take all the hunters who are shot and killed by other hunters and divide by the number of stars in the galaxy, you come up with a small percentage. Nevertheless, there are too many of these "accidents."

The sad reality is too many gun owners have no knowledge of the 4 Rules of Gun Safety and too many of them lack the common sense to implement these common-sense safety protocols into their own personal gun management program.

Unfortunately too many lack these basic connections in the brain.  They are unfit to own guns in the first place and in my opinion should lose their gun rights as soon as they demonstrate their incapacity.

What's your opinion? Please leave a comment.
Posted by Unknown at 9:38 AM