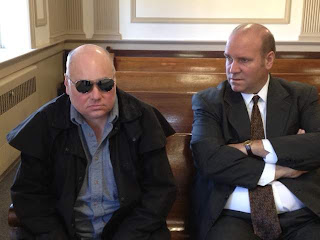 A blind Rockaway Township man who is fighting to keep his gun collection defended himself Monday against allegations he abuses alcohol and said he drinks perhaps a six-pack of beer a week.

Assistant Prosecutor Catherine Broderick on Monday urged the judge — who said he expects to issue a written ruling by the end of this week — to rule that Hopler is unfit to have firearms because he allegedly abuses alcohol, was arrested three times between 1984 and 2003, and was taking Zoloft for depression in October 2008 when he accidentally shot himself in the shin while lubricating his .357-Magnum Smith & Wesson firearm.

We talked about Mr. Hopler before. My opinion is still the same, blindness is a disqualifier for owning firearms, as is negligently shooting oneself. This guy Hopler is a double loser.  It should be an easy decision for the judge.  We'll see soon enough.

What's your opinion?  Please leave a comment.
Posted by Unknown at 9:18 AM