Tommy Marth, The Killers Saxophonist Kills Himself with a Gun 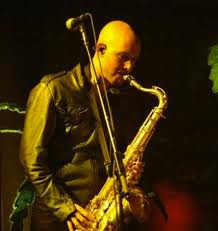 The Killers saxophonist Tommy Marth was found dead in his back garden at his home in Las Vegas, the Guardian reports. Marth apparently took his own life, with the Clark County coroner recently coming on record to announce a self-inflicted gunshot wound to the head found on the corpse when services arrived. He was 33.

Gun availability plays a major role in suicides.Using a little common sense, it's easy enough to figure how this works.  Given the high lethality of a gunshot to the head, attempting suicide in this manner is more likely to succeed than using a razor or pills, which are the other most common means.

Common sense doesn't work for the pro-gun crowd, I'm afraid.  They have too much bias for that. So what might work is this.

Based on the theory that many people who attempt suicide are not completely dedicated to the idea but are acting on impulse or acting out of a temporary period of difficulty, we can assume that if unsuccessful they'd be glad and never attempt it again. This was proven in a survey some years ago in which survivors of gunshot suicide attempts were interviewed. Every single one expressed gratitude for having survived the close call and expressed a desire to live.

What's your opinion?  Please leave a comment.
Posted by Unknown at 8:40 AM