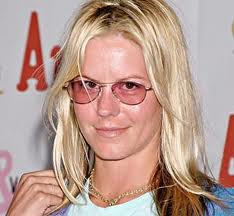 
Courtney Wagner, daughter of Robert Wagner and Natalie Wood, has been arrested on charges of possession. Wagner was picked up after people reported a shooting at a home in Malibu.

When authorities arrived at the home, they found Wagner and friend Matthew Cox, along with several bags "of what appeared to be narcotics at the location," sheriff's officials stated. Numerous handguns were also found at the residence, and Cox was arrested for negligent discharge of a weapon.

Wagner is charged with possession of narcotics but posted bond and will remain free until her next court date.

It must be hard for the offspring of the rich and famous.

What do you think? Please leave a comment.
Posted by Unknown at 8:52 AM