I'm sure these Bozos told EVERYONE how safe they were with guns.
Until they weren't.
I have always thought that Texans were kind of crazy, many of them. What makes sense to them doesn't really make sense to anyone else. That is about the only way to explain George 'Dubya' Bush as a governor, or Rick Perry.
From the HuffPo: 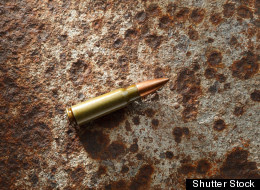 A teen who may have thought his gun was unloaded shot it at a butane tank, only to have the bullet ricochet and end his life.
The Monitor reports that 17-year-old Israel Torres of McAllen, Texas, was drinking with his father and brother when he took the clip out of his gun and fired it at the tank, according to Hidalgo County Sheriff Lupe Trevino.
"All three are pretty drunk when someone pulls a .380-caliber, semi-automatic [handgun] and shoots it into the backyard,” Treviño said. "The 17-year-old gets it and tells his girlfriend, 'Here, look, pull the trigger.'"
The girlfriend refused, so Torres took the clip out and fired.
There were no charges filed by authorities and, as KRGV notes, it's legal in Texas for children to drink alcohol when it's given to them by their parents.
Texas law holds parents civilly liable if an underage person dies as a result of alcohol that was provided by their guardians.
Posted by dog gone at 1:59 AM